The Boston Marathon bombings shocked the world on Monday. The bombings injured many, and sadly killed several people. The team at Skin Strong sends out our thoughts and prayers to those affected by the tragedy.

Officials and participants from the Oklahoma City Memorial Marathon have decided to honor the Boston bombing victims at this years race. 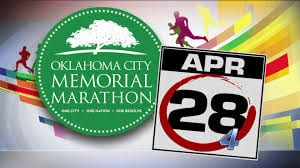 The OKC Memorial Marathon began in 2001 to honor the memory of those affected by the Oklahoma City Bombing, that occurred on April 19 1995. This horrific act killed 168 people and injured 800. This year will mark the 18th anniversary of the massacre.

Andrea Miles, a participant in the OKC Memorial Marathon, has come up with a unique way of supporting the victims of the Boston bombing during her race. According to an article by Stephanie Kuzdym in NEWS OK, Miles is going to wear red socks, in honor of the Boston Red Sox, and is asking everyone to join her. Several local Oklahoma stores, including Fleet Feet Tulsa, have special ordered red socks for the occasion. If you would like more information about this event, please visit NEWS OK.com.

Oklahoma City Memorial Marathon officials have also decided to remember the Boston bombing, by honoring the survivors. According to Runners World.com, Boston Marathon participants who were unable to complete their marathon can enter the OKC Marathon for no fee. OKC Marathon Officials have stated that participants are welcome to begin where the left off, or run the entire marathon, if they please. The Oklahoma City Memorial Marathon is a Boston qualifying event. 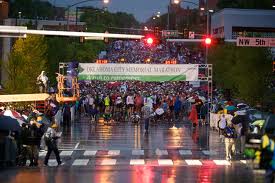 The Oklahoma City Memorial Marathon website says that “The memorial marathon is not about running, it’s about life”.

So many people have celebrate life and made efforts to support the victims of the Boston bombing over the past week. If you would like any information on how you can help please visit nbcnews.com. Let Skin Strong know how you plan on helping, and connect with us on Facebook and Twitter.