The SKIN STRONG team is not only making sure Australian athletes are SLIK’d, SLATHER’d, & DUST’d, they’re supporting a great cause! 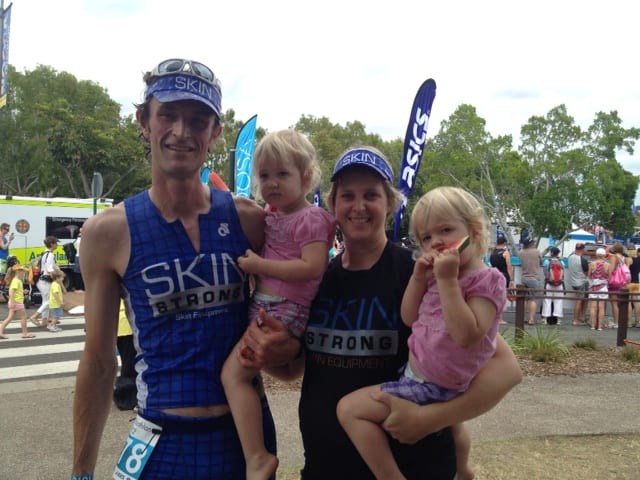 In less than 2 months, 3 ordinary but crazy men will be cycling across Australia. From western to eastern most points, crossing 4 deserts and covering 5,600km (or 3,480 miles) over 6 weeks!

Further than California to New York… 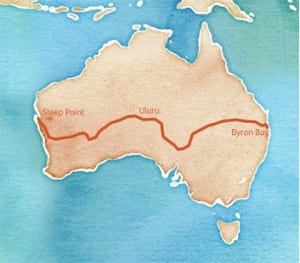 Further than Nairobi to Cape Town…

Paris to Moscow… and back again!!

Steve, Jon and Marshall are raising funds for project called HOPE & CARE for LITTLE SOULS. Did you know that ongoing unrest in the eastern region of the Democratic Republic of Congo has claimed 6-8 million lives? Leaving many children without parents and without hope.

Jon and Steve got to discussing life over a drink one Friday night, and HOPE & CARE for LITTLE SOULS inevitably came up (Steve takes about three or four minutes to bring it up in ANY conversation). At some point in that conversation Jon uttered the fateful words…

“The next cause I support will be HOPE & CARE for LITTLE SOULS, but this time it will be REALLY big…”

Then the text messages:

Jon: Hey Steve I think we should ride from Steep Point to Byron Bay.
Steve: You are on! Thanks!
Steve: (30 seconds later) Where’s Steep Point?
Jon: Western-most point of Australia, will be about 5500km across the centre.
Steve: Hmmm
Jon: It’s a bit nuts!

After receiving tentative approval from their long-suffering families, Jon & Steve proceeded to tell everyone they met that they were going to ride across Australia, ensuring that if they pulled out they would be branded complete cowards and laughed at by hundreds of their friends, loved ones and pretty much anyone that vaguely knows them. They were soon joined by Marshall, as coach and mentor!

HCLS started in 2006, caring for just 10 parentless children. Over the last 7 years, HOPE & CARE for LITTLE SOULS has grown into a program providing foster care, high quality education, healthcare, feeding programs, and community development initiatives, with more than 450 children now being cared for across nursery, primary and secondary school levels.

Will transform ordinary sweat into HOPE, allowing HCLS to keep developing quality schools, install computers and the solar panels to power them, and build dormitories to house our children!

Will convert plain old hard work into HOPE, by allowing us to establish medical clinics to educate and care for the communities which we are a part of!

Here’s how you can help:

Skin Strong Australia are proud to be supporting this epic adventure and worthy charity.

(97% of all donations and sponsorship is used in Africa in AHI partner projects, with only 3% used for administration in Australia.)