On this Veterans Day 2013, SKIN STRONG wants to say thank you to our domestic and foreign service members!  Many friends of SKIN STRONG currently serve or have served our country here at home or overseas. Here are a few of their stories:

Although numerous complications from a severely broken leg ended Brian’s professional triathlon and mountain bike racing career in 2007, he is still very active in the cycling and triathlon community as an avid cyclist and USAT level II coach! He was also accepted as a member of the USAT National Coaching Commission!

Today, Grasky is a member of the Arizona Air National Guard and owns and runs  The Tucson Endurance Performance Center, specializing in hands-on cycling and triathlon training and performance. He is also very active with FCA Endurance! 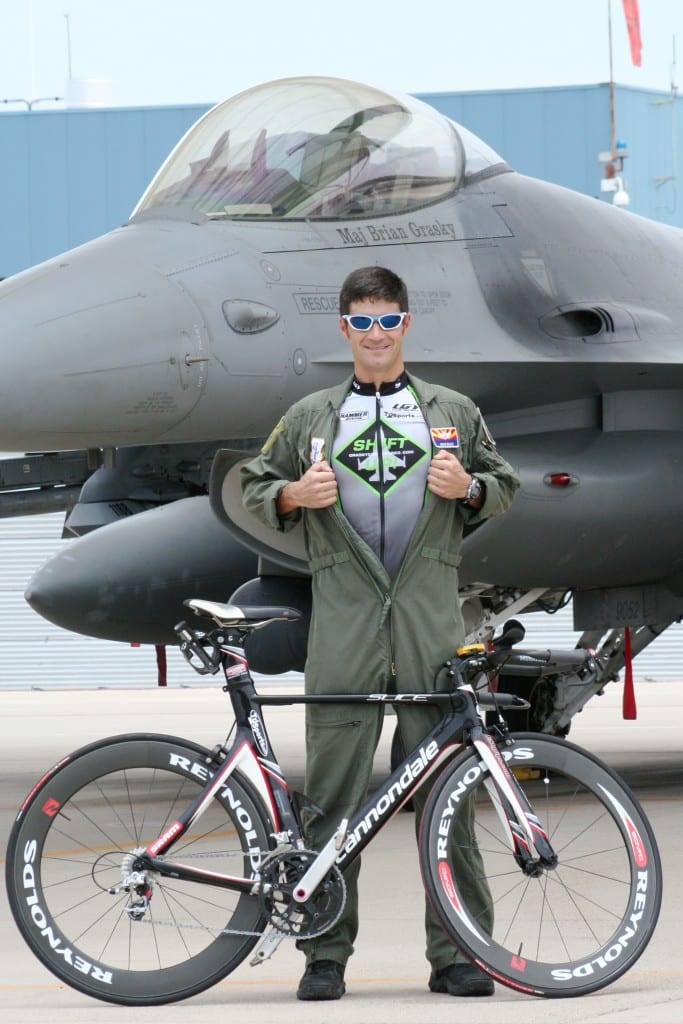 Jack has been an officer for almost 14 years. In 2008 he was encouraged by a friend to compete in an Ironman. He signed up for Ironman Louisville without owning a bike or having extensive swimming experience. Shortly after his first Ironman, Jack was shot in the line of duty:

I was shot a couple inches below my left knee so most of my leg is still numb.  I also deal with daily stabbing pain in my foot when I wake up. My ankle is weak, so running on uneven terrain is difficult. I don’t have the full range of motion in my ankle, which has slowed my running speed down.

I started swimming first with short sessions, and then biking on a trainer.  Once they said I could run I started with a treadmill before working my way outside. I plan on volunteering at Ironman Arizona this November so I can register the following day for the 2014 Ironman Arizona race.  I’m very excited to be able to train right now. I can’t wait to cross the finish line in 2014  [and]  hear those words “You are an Ironman”.

SKIN STRONG is thankful that there are people who are willing to step into harms way to protect the freedoms and comforts that we enjoy. We appreciate these two friends, and their dedication to this country and the sport of triathlon. Today, we remember our veterans and service members who have safely returned home and those that have not. Thank you for all you have done!

How do you show your support for our veterans and service members? Start the conversation below.