Most of you already know that the SKIN STRONG team loves Fireman Rob.  We love his passion for triathlon and his drive to make a difference which he is doing through the Fireman Rob Foundation. 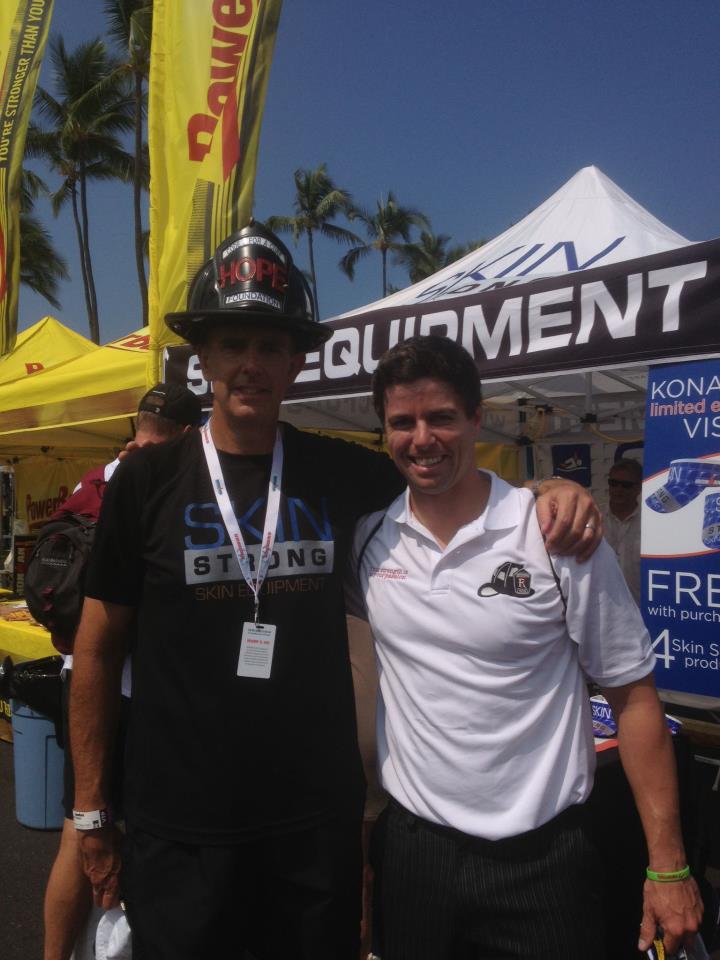 If you will be at Ironman Lake Tahoe this weekend, be sure to watch for Fireman Rob. On the run, and at the finish line, he will be pretty hard to miss. Clothed in his full Fire-Fighting gear (with Newton Running shoes and plenty of SKIN STRONG, of course) Fireman Rob is racing for a cause. 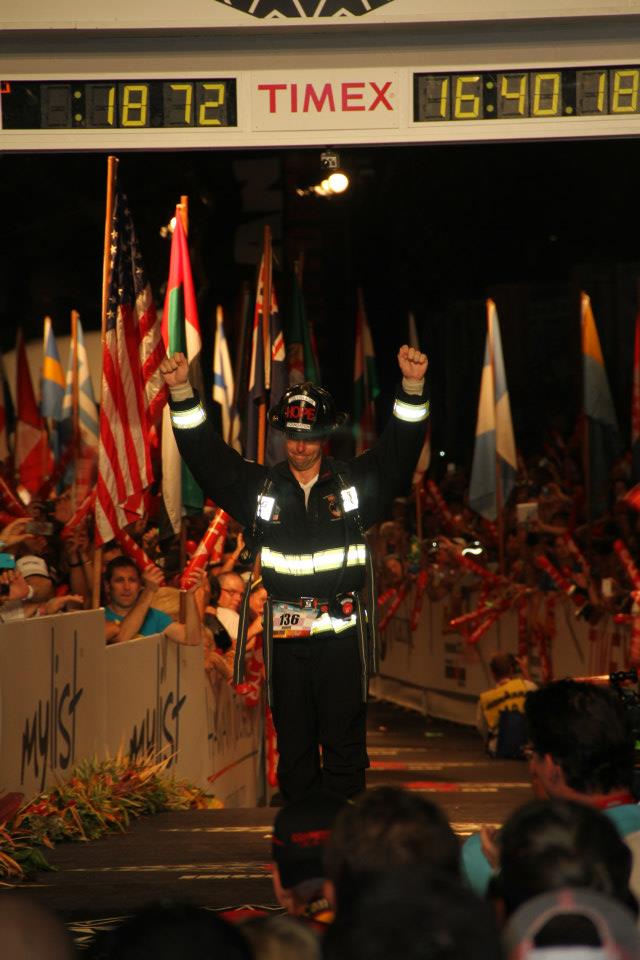 Robert Verhelst, also know by many as Fireman Rob, is an active fireman in the Madison Wisconsin area. He has been a firefighter for 12 years, was a member United States Air Force before that, and is a father of three. Fireman Rob is very busy as it is, however he has dedicated his time to training and competing in Ironman to inspire others to be apart of something bigger than themselves. During his races, through the Fireman Rob Foundation, he raises money to provide support to local children’s charities. Through this foundation you can become apart of Team Fireman Rob, which gives other competitors an outlet to raise money for a charity of their choosing. This allows everyone to become a part of a team, and get involved with a cause that they are passionate about.

Support Fireman Rob on his Journey by going to the Fireman Rob Foundation website. You can also find out more about Fireman Rob by visiting FiremanRob.com.